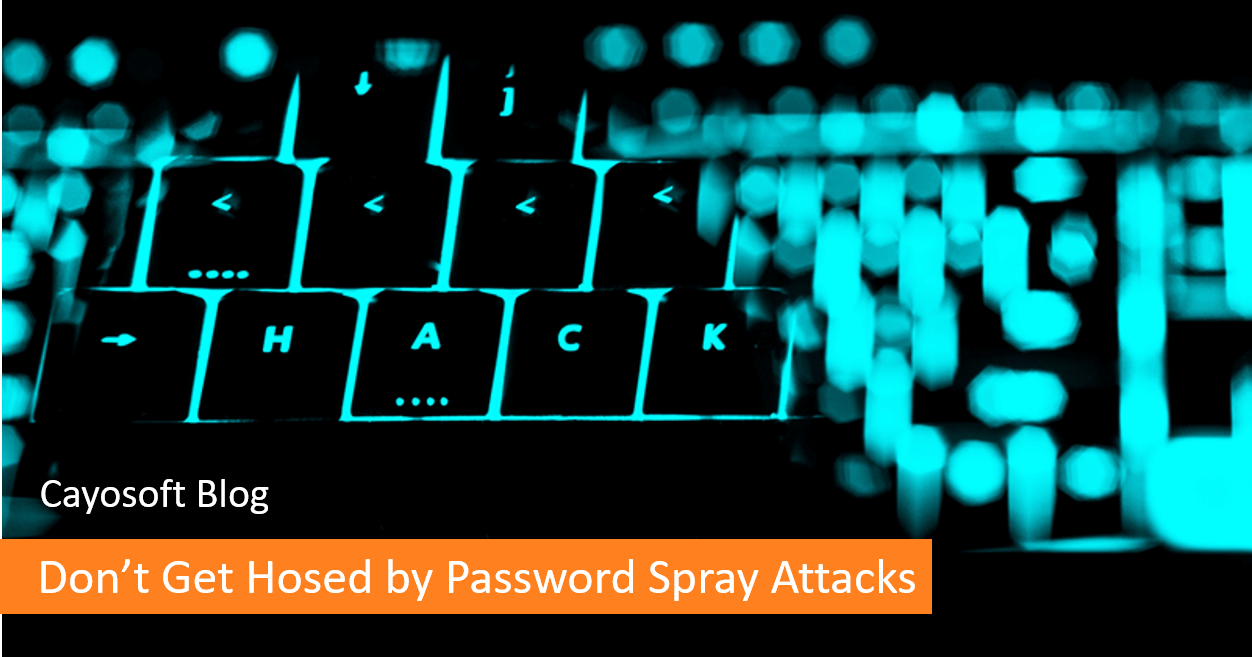 It neatly circumvents most detection techniques—after all, from the point of view of the company, the attack just looks like a single failed login. Even a few users with common, insecure passwords open the organization to further attack.

Password spray attacks are steadily growing more frequent as attackers adapt to the newest security policies and tools. In the great cycle of security, we all must in turn adapt, improving our security practices to counter these attacks.

How to Fight a Hoser

Firstly, they recommend authenticating users in the cloud as much as possible, leaning on Microsoft’s Big Data-based security algorithms to detect and block attacks as they occur. They also point to the recently-released Attack Simulator for Office 365 Threat Intelligence to ascertain your organization’s vulnerabilities to specific attack styles.

Their last set of recommendations applies only to hybrid environments authenticating with ADFS and Active Directory. These include upgrading to ADFS 2016 when possible, blocking legacy authentication methods, and implementing password-less methods of authentication.

Microsoft initially framed the post around the defense against password spray attacks, but the policies described are actually quite good for security in general. If you want to add to that and get the best way to securely and efficiently manage users on premise and in the cloud, check out Cayosoft Administrator.

Connect with Cayosoft at Gartner Security and Risk Management Summit