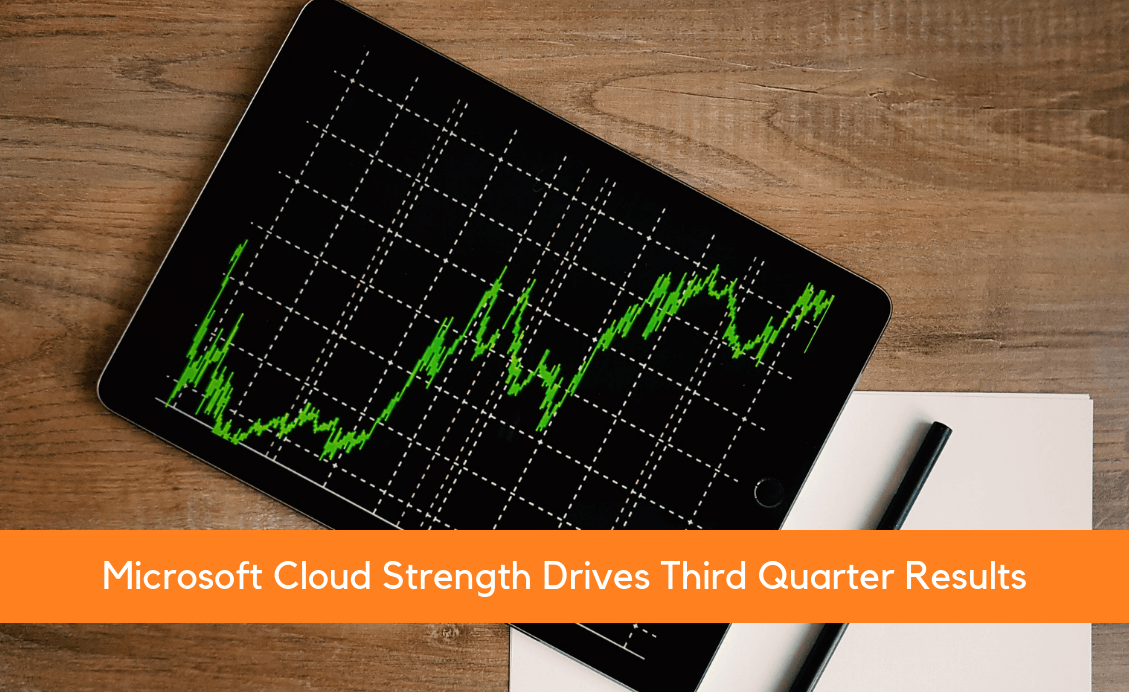 For about a year, Microsoft has been approaching a $1 trillion market capitalization. The company crossed the big business milestone in after-hours trading on Wednesday, 4/24/19, after outperforming Wall Street expectations with its third quarter earnings.

Last year, Microsoft was in a tight race among a few big tech companies, namely Apple, Amazon, and Alphabet, to reach the $1 trillion threshold. Apple made it first with Amazon following, although both fell back below $1 trillion later in the year.

The milestone comes after Microsoft’s stock had climbed 34% over the past year and then spiked another 3% after the earnings results on Wednesday.

Micorosoft’s strong third quarter results were powered by ongoing strength in its cloud business and a recovery on the Windows side.

In results released after markets closed Wednesday, Microsoft reported earnings of $30.6 billion, an increase of 14% over the year-ago quarter and well ahead of analysts’ expectations. Other headline figures included a 25% gain in operating income to $10.3 billion, a 19% gain in net income to $8.8 billion and a 20% increase in diluted earnings per share to $1.14.

Microsoft CEO, Satya Nadella, pointed to the customer demand for the constantly evolving cloud services as a key factor for the reporting period, Microsoft’s third quarter, which ended March 31. The company pegged commercial cloud revenues at $9.6 billion for the quarter. That’s a 41% jump year-over-year on an already large figure.

Microsoft’s strategic Azure cloud computing platform was a key growth driver inside those cloud revenues. Microsoft reported 73% revenue growth for Azure while Office 365 Commercial revenue also continued to plow ahead, with 30% revenue growth. On the consumer side, Office 365 Consumer subscribers increased to 34.2 million.

With a revenue increase of 43% compared to the year-ago quarter, Dynamics 365 was another growth area in cloud with its ERP, CRM and other business applications.

Last quarter, the Intel chip shortage was a problem for Microsoft, with Chief Financial Officer Amy Hood at the time attributing a smaller overall PC market to the timing of chip supply to Microsoft’s OEM partners. While in Q2 Windows OEM Pro revenue dropped by 2% and non-Pro revenue fell 11%, no such problems existed in Q3. Microsoft reported Wednesday that Q3 Windows OEM revenues were up 9% year-over-year. Revenues for Microsoft’s own Surface products, meanwhile, were up 21% in the quarter.