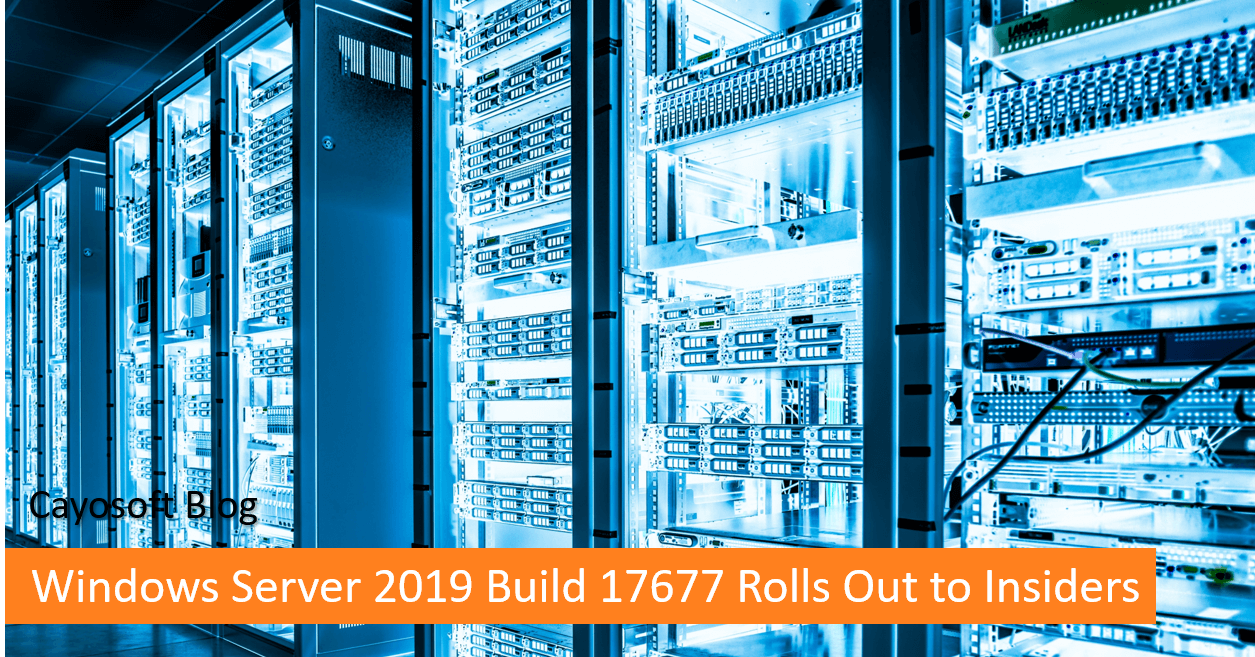 A Small Serving of Updates –

Soon after the release of Windows 10 Insider build 17677, the new Windows Server 2019 Insider preview build 17677 is following hot on its heels. Insiders, grab these new updates now; for everyone else, here’s a hint of what’s on the horizon.

Storage Spaces Direct’s performance history has been improved. The Get-ClusterPerf cmdlet now includes self-diagnosis logic, and two new cmdlets (Start & Stop-ClusterPerformanceHistory) are designed to help resolve any issues found by said diagnoses. Some new series have also been added, recording how much Storage Spaces Direct data needs per server to repair or resync.

Included in this build as well are container improvements intended to reduce Windows Server Core image size. These mostly consist of converting non-critical font components into optional components (OC) in Windows Server Core editions, then removing them from container images. For end users, these changes are minimal; their only manifestation is that users will now have the ability to enable or disable non-critical fonts as they would any OC. Note that in Server Core containers, only the default font of Arial is supported.

As usual, the Windows Insider team is requesting Insiders keep an eye on any unexpected issues between the new build and applications and the in-place OS upgrade. Note that build-to-build upgrades are not currently supported. The announcement also includes a plump list of known issues, so check it out if you run into any road bumps.