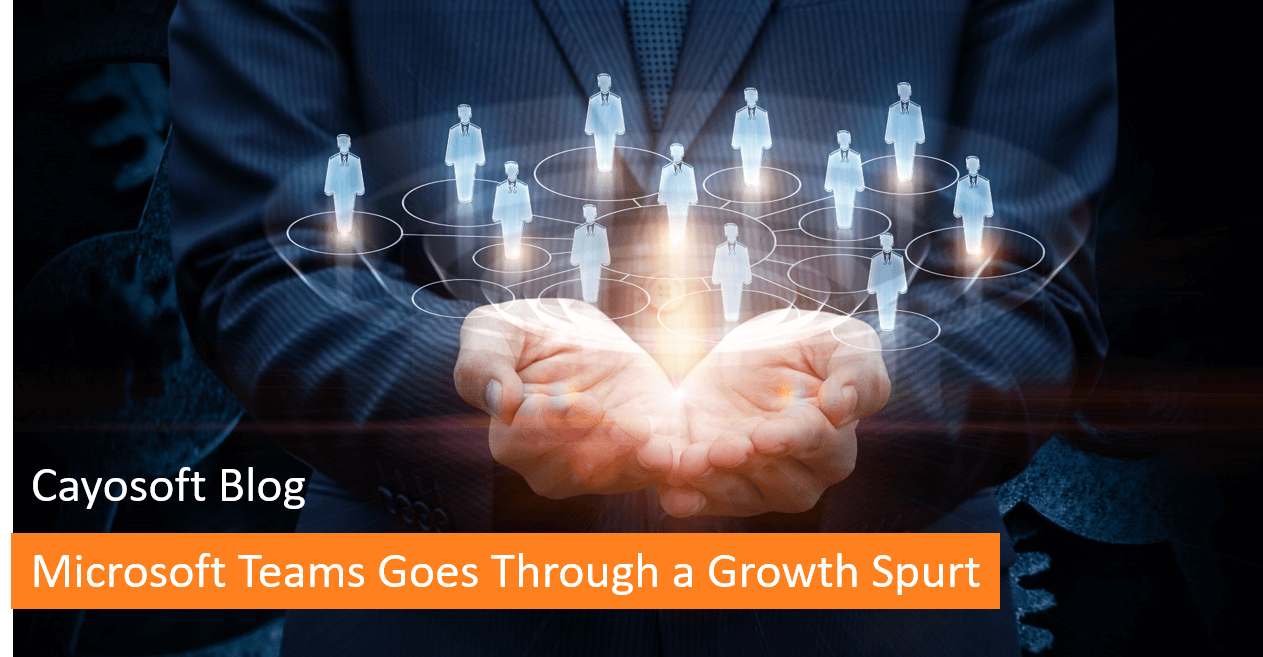 Like any 1-year-old, Microsoft Teams is growing at a cracking pace. New features are popping up by the day—so many that most can only be discussed in amalgam. Accordingly, here are our top twelve recent and any-day-now updates for Microsoft Teams. Why twelve? Depending on your setup, any one of these updates could completely change user and admin relationships to Teams.

Users receiving messages not in their client’s language will be able to translate them instantly with a click. While machine translation still isn’t perfect by any means, for short, direct communication like that of Teams messages it’ll be both functional and invaluable for multilingual collaboration.

Inactive teams can now be archived (by owners), freezing their conversations and files around for record-keeping needs or for eventual reactivation. Meanwhile, the inactive teams don’t clutter up the dashboards of admins or team members.

Direct routing lets organizations connect their voice trunks to Teams, broadening the calling options available. Since direct routing is managed on-premises, it will also be possible to hook up analog services like elevator phones and pagers to Teams.

6 – Calls between Teams and Skype Consumer

Just because most enterprises have moved to Teams doesn’t mean there aren’t plenty of Skype Consumer collaborators, clients, and customers to talk to. Calls between the two products will soon be supported.

Another SfB feature being reproduced in Teams. For some organizations, switching phones directly to internet-only calls is infeasible. For those cases, organizations will soon be able to use on-premises phone trunks with Office 365 and Teams.

9 – eDiscovery for calls and meetings

A security- and compliance-critical feature, it’s now possible to search through summary records for every Teams meeting or call. This is in addition to the searchable files and messages Teams already supported. Relevant admins access the data through eDiscovery in the Security and Compliance center.

10 – App launcher for Teams for the web

The mysterious blue waffle can now be found in Teams for the web, found in the upper left corner for easy switching between apps. (Or better yet, why not just add the browser extension?)

Essential for mouse-eschewers everywhere. To see the changes, hit Ctrl+ in Windows or Command+ on Mac.

Previously, Word, Excel, and PowerPoint files could be edited directly within Teams via Office Online. Now Visio’s diagrams can do the same. This way, diagrams and any associated feedback can be seen in one place.

Agree with our rankings? Disagree? Tell us on Facebook, Twitter(@Cayosoft) and LinkedIn.

Microsoft Teams is a powerful tool for collaboration but managing its features can be challenging and time-consuming. Telephony and calling plans for Microsoft Teams requires

Retire Skype for Business Admin Center to Start on Dec 1, 2020

Microsoft will be retiring the Skype for Business admin center starting on December 1st, 2020. Instead of Skype admin center, Microsoft recommends the utilization

This week, Microsoft announced Microsoft 365 apps and services will no longer support Internet Explorer 11 (IE 11) by this time next year. Beginning November 30,