Microsoft Teams Gets a Big Update 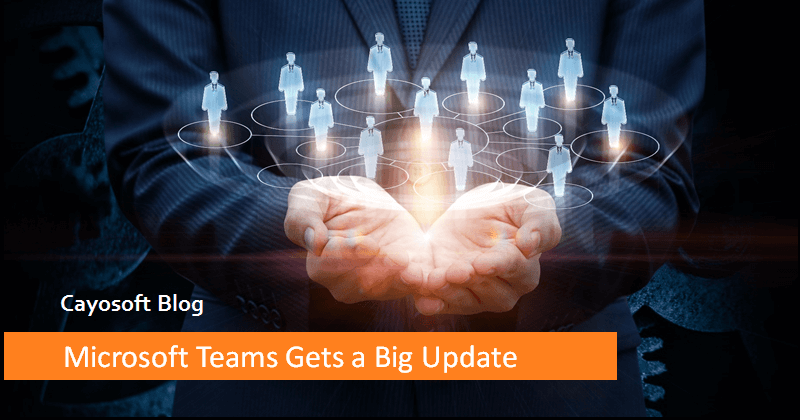 The Biggest Appdate Yet

Microsoft’s collaboration tool Teams got a whole lot of new functionality this week. It’s the biggest release for the program since its launch last March. The focus this time is clearly on apps, efficiency, and centralization.

Apps integrated with Teams are now more easily managed with a personal apps space and adding more with the in-Teams app store makes it clear what’s currently integrated and what’s not. Microsoft has also created a new app, Who (sourcing from Microsoft Graph API) that allows users to easily find other people in their organization by name or topic.

The oft-forgotten search bar is getting additional utility as well. Users can command available apps via an @ symbol or Teams itself with /, features that will seem both familiar and useful to those who have used Slack or similar apps. On top of that, information from apps can now be quickly incorporated into conversations with a simple drag-and-drop operation.

During the course of a normal conversation, you might need to tab out of Teams multiple times to a browser or other app, find the information you need, then return to share it. With deeper and more useful app integration, Microsoft is intent on simplifying this process, allowing users to more efficiently get what they need through one program.