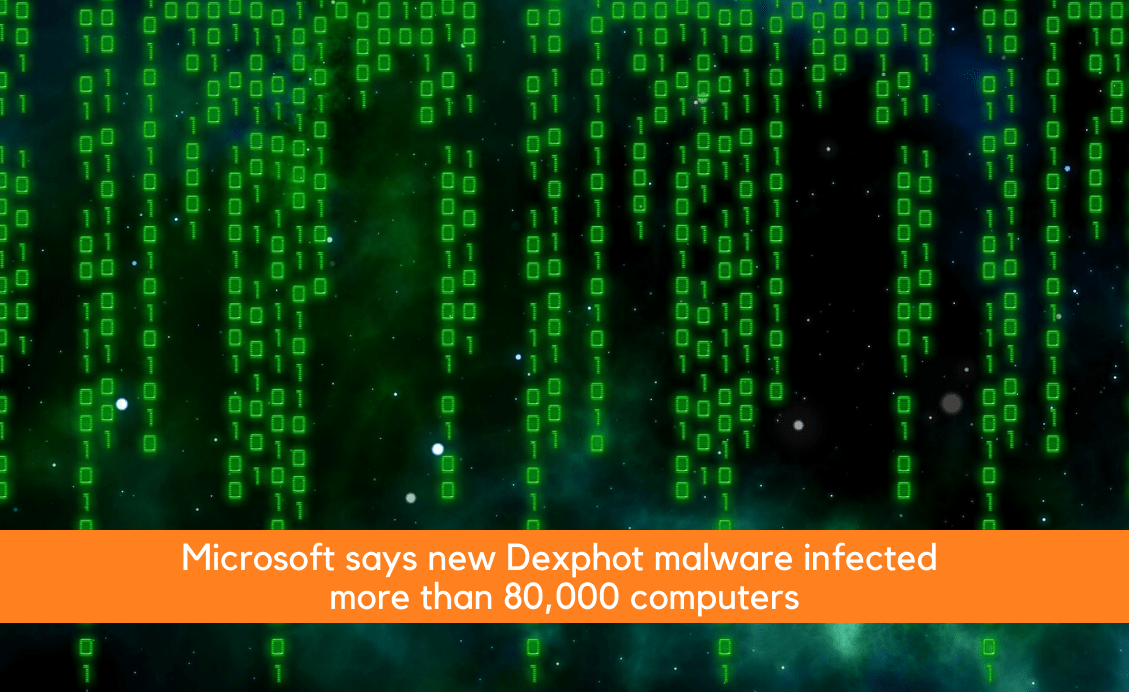 Microsoft reportedly confirms that a new strain of malware called Dexphot has silently infected more than 80,000 computers since last year.

While most malware are designed to gather confidential user information and other sensitive data, Dexphots operates a little differently. According to Microsoft’s security team, this malicious code works its way around the system and uses the computer’s resources to mine for crypto-mining. This allows the attackers to gain revenue at the expense of their victims.

Dexphot reached its peak in mid-June this year, when its botnet reached almost 80,000 infected computers. Since then, the number of daily infections has been slowly going down, as Microsoft claims it deployed countermeasures to improve detections and stop attacks.