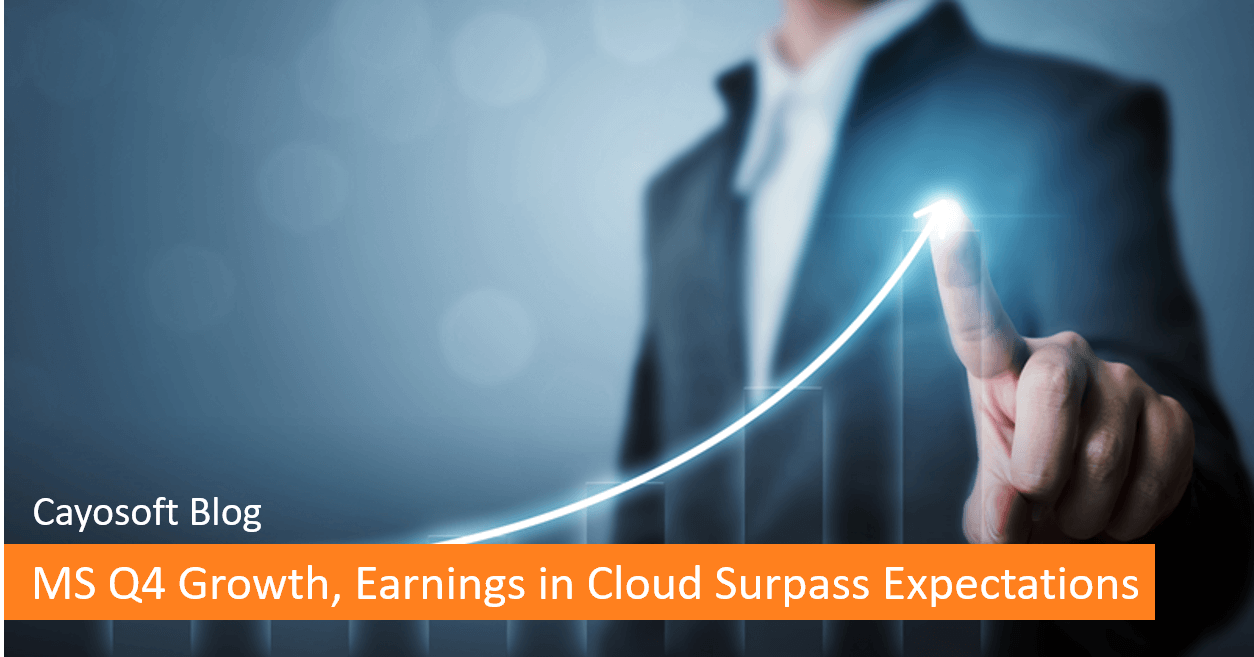 Microsoft recently released their Q4 earnings report, and the results are impressive. Analysts were projecting $29.21 billion in overall revenue but actual results were $30.09 billion, a 17% increase year-over-year. Per share, that shakes out to $1.13, a nickel more than the expected $1.08/share.

Most legacy, non-cloud based services increased in growth moderately or slowed slightly, but one area stood out: the cloud. Every year, as confidence in cloud technologies grows, more organizations begin investing their time, money, and data into its lofty embrace. In fact, the cloud market as a whole is expected to grow from $285 billion last year to $411 billion in 2020.

For Microsoft, the ‘commercial cloud’ includes Office 365, Dynamics 365, and the Azure public cloud. For the past year, this area has been growing remarkably quickly; in Q4 growth slowed slightly to a still-remarkable 53%. The results are just under $7 billion.

Of the commercial cloud, Azure remains the standout. Analysts predicted 80%-84% growth this quarter, down from 93% from Q3. Instead, Azure grew by a whopping 89%, continuing its run of nearly doubling in size every quarter. Microsoft didn’t disclose how this new growth translates to cash, but analysts estimate $2.05 billion.

Not too many years ago, cloud was seen as a chancy and inferior to tried-and-tested on-premises systems. The continued growth of the cloud market is testament to both the utility of cloud technologies and increasing customer confidence in the same. Whether a fully cloud deployment or a few features added to legacy systems in a hybrid setup, organizations everywhere are moving to take advantage of the cloud—and that’s reflected in the figures.