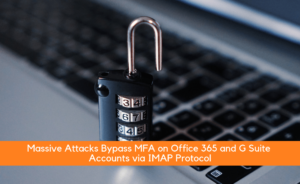 This technique takes advantage of the fact that the legacy authentication IMAP protocol bypasses MFA, allowing malicious actors to perform credential stuffing attacks against assets that would have been otherwise protected.

72% of cloud tenants targeted at least once

Their analysis unearthed the fact that around 60% of all Microsoft Office 365 and G Suite tenants have been targeted using IMAP-based password-spraying attacks and, as a direct result, approximately 25% of G Suite and Office 365 tenants that were attacked also experienced a successful breach.

Proofpoint reached the conclusion that threat actors managed to reach a surprising 44% success rate when it came to breaching accounts at targeted organizations.

After going through roughly 100,000 unauthorized logins “across millions of monitored cloud user-accounts,” the researchers also discovered that:

The IMAP-based password-spraying campaigns used to breach into Office 365 and G Suite accounts saw a boost in volume between September 2018 and February 2019, with the attacks targeting mainly “high-value users such as executives and their administrative assistants.”

As further detailed in the Proofpoint report, “Attackers utilized thousands of hijacked network devices around the world — primarily vulnerable routers and servers — as operational attack platforms. These hijacked devices gained access to a new tenant every 2.5 days on average during a 50-day period.”

While the bad actors behind these attack series against cloud accounts managed to bypass MFA protections by abusing the unprotected IMAP protocol, the brute forcing attacks they used to crack their way inside the accounts employed tried-and-tested techniques such as large-scale phishing campaigns, as well as credentials obtained following data breaches and data leaks.

The attackers would use the breached cloud accounts to disseminate malware throughout the targeted organizations, gain access to confidential information that can either be sold or used as part of future attacks, as well as fraudulently reroute fund transfers to accounts they control by hijacking employee payroll systems and company banking accounts. 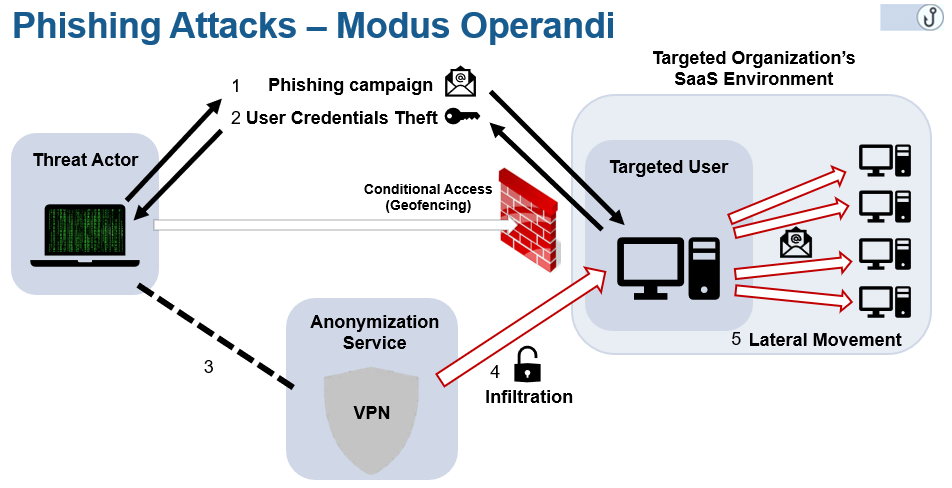 The huge 60% spike in breached accounts noticed by Proofpoint during December stands witness of the impact leaked collections of credentials can have, considering that during that period of time the 87 GB Collection #1 containing 773 million unique emails and associated passwords was spotted being promoted on an online hacking forum.

However, as discovered later, Collection #1 was just a small part of a much larger 993 GB credential database, made available for sale for only $45 and comprised of credentials in the email:pass, user:pass, or number:pass formats.

What’s certain is that, for the time being, there is definitely no shortage of readily available huge collections of credentials given that even more recently, during February, a batch of 127 million records stolen from eight different companies was put up for sale on the Dream Market marketplace for $14,500 in Bitcoin.

And, to make things even worse, the same group listed another batch of 620 million accounts earlier during the same week, stolen from 16 other companies and coming with a price tag of $20,000.

“These attacks are laser-focused on specific individuals, rather than infrastructure, and continue to grow in sophistication and scope. As a best practice, we recommend that organizations establish a cloud-first approach to security that prioritizes protecting employees and educates users to identify and report these advanced techniques and methods,” also stated Kalember.