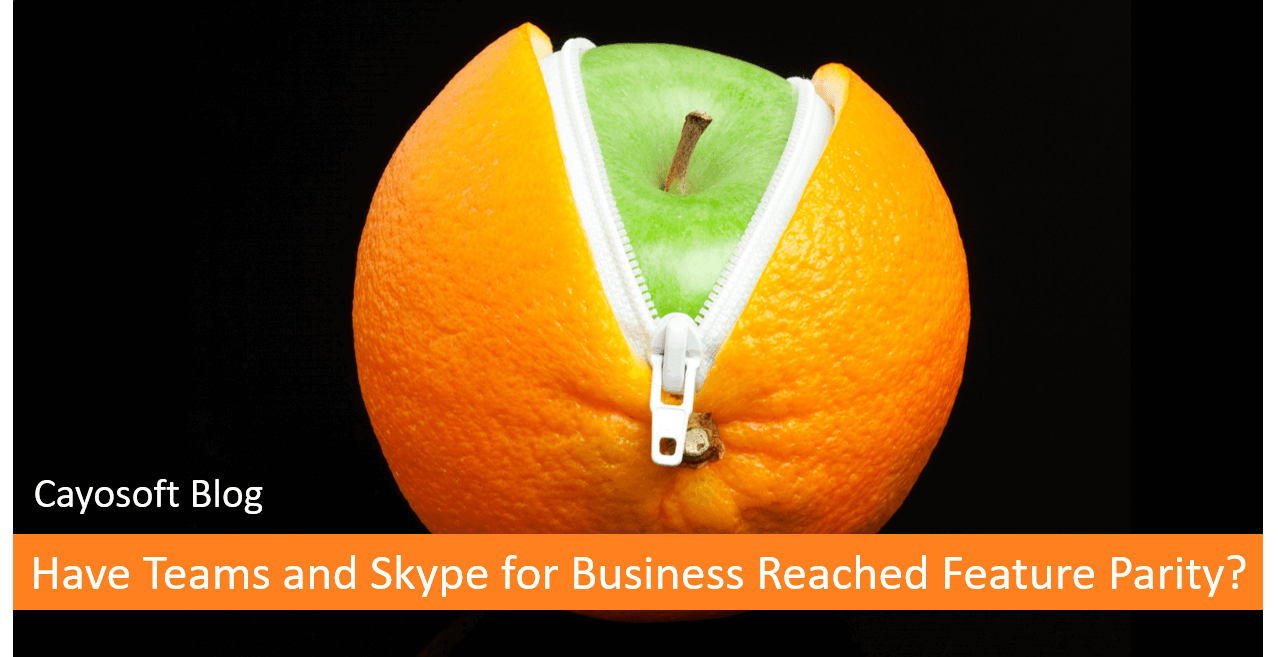 Inequal to the Task

As discussed frequently on this blog, updates to Teams have been pouring in over the last year. Teams will eventually replace Skype for Business, so it was big news at Microsoft’s Inspire partner show when it was announced that the two solutions had achieved feature parity.

The claim has raised more than a few surprised eyebrows in the community, as it’s not too difficult to find features large and small missing from the Teams’ current build. Standalone screen sharing, for example, jumps out as a major missing convenience, and roadmaps still schedule releases of features like group call pickup and location-based routing for Q4 of this year.

As reported by Mary Jo Foley at ZDNet, a spokesperson for MS attempted to explain this puzzling discrepancy. “Teams has reached feature parity with Skype for Business in Office 365, delivering on our public roadmap for messaging, meetings and calling in the cloud… Feature parity means that all engineering work required to support the convergence roadmap is done and the features are rolling out to customers now.”

Couched in this statement is the implication that the actual user experience still doesn’t (and won’t for a while) match up between the two solutions. So while Microsoft’s definition might be fulfilled, the fact remains that most users will experience feature comparity rather than full parity for some time to come.

In their statement, Microsoft also mentioned another Teams public announcement and roadmap update to arrive later this month. Stay tuned and we’ll keep you posted.