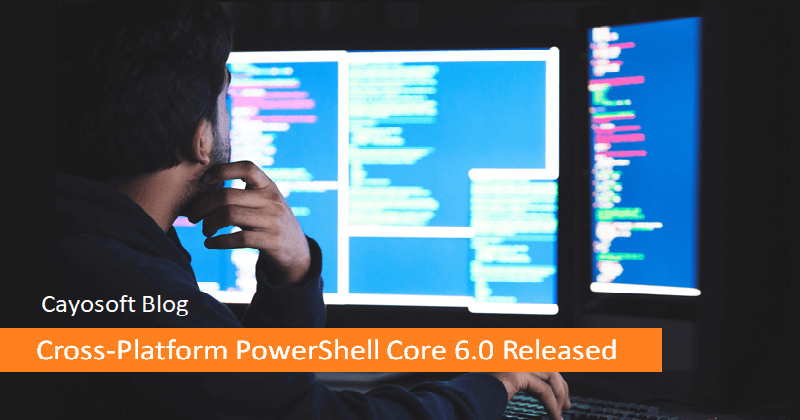 As of January 10, PowerShell Core 6.0 is now available for general use in production environments. Not only is this version cross-platform, available for Windows, Linux, macOS, and a variety of less common OSes, but is also not even tied to Windows in particular, having been developed on the open source .NET Core platform.

A comprehensive analysis by Kurt Mackie goes in-depth on the details, history, and implications of 6.0’s release, adding context to Microsoft’s more utilitarian announcement. After running through new and missing features, he considers the future of PowerShell and PowerShell Core and their interactions with older scripts.

To read more, Microsoft’s announcement also includes scripts and a broad FAQ. Cayosoft uses PowerShell as one of our core technologies; we look forward to supporting PowerShell 6.